The group in a statement said he was rushed to the Police Hospital on March 9.

“It’s been over three weeks since Oliver has been in police custody. Since his detention, he has been experiencing some minor health challenges.

“In the latter part of this morning March 9, he complained of general discomfort. His health has since deteriorated and has currently been rushed to the Police Hospital in Accra for medical attention. Doctors have since come to assess his health and discovered his blood pressure has shot up.”

Mr. Barker-Vormawor will be on remand until his next hearing on March 15.

Mr. Barker-Vormawor is facing a charge of treason felony after he allegedly threatened a coup d’etat in the event the government passed the controversial Electronic Transfer Levy.

He was arrested on Friday, February 11, 2022, at the airport upon his return to the country, and was put before the Ashaiman District Court on Monday, February 14, where he was denied bail and remanded into police custody.

Mr. Barker-Vormawor’s lawyers filed an application for bail at the High Court in Tema which will be heard later today, Thursday. 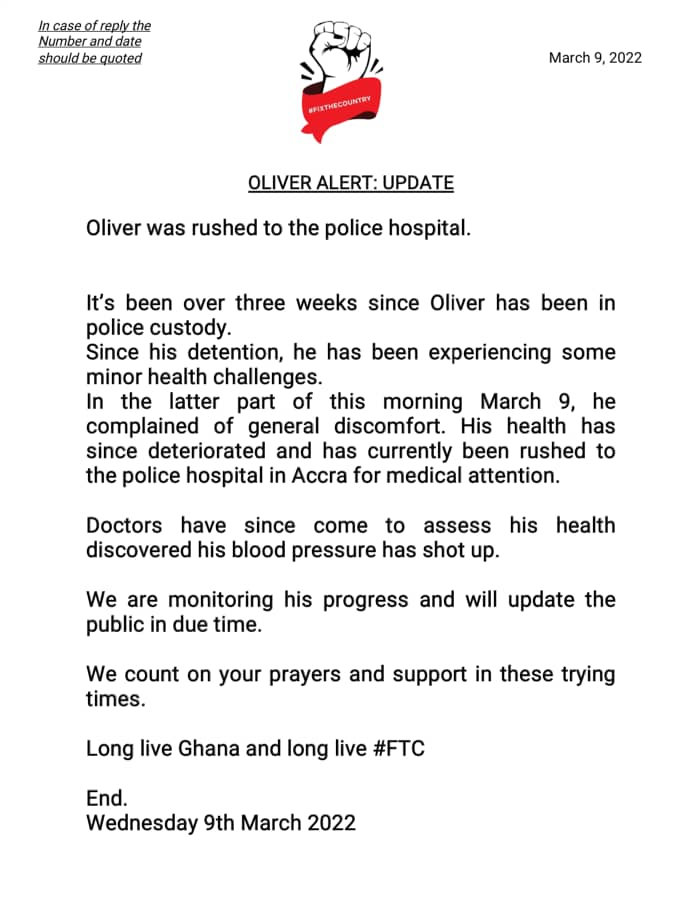 No military officer has seized any gold from illegal miners – Nitiwul