The Bank of Ghana has urged the public to be cautious in their dealings with a new money doubling scheme called ‘Bitcash Currency Exchange.’

Besides denying granting the scheme approval to operate, the Bank of Ghana said the scheme is fraudulent and works to milk the public of their money.

In a statement issued on Tuesday, March 8, 2022, the Bank of Ghana said the scheme additionally compromises the funds, WhatsApp accounts, and social media accounts of unsuspecting victims when their hyperlinks are clicked.

“Unsuspecting recipients of such messages who click on the hyperlink or forward such messages compromise the safety of their funds, their WhatsApp accounts, and other social media profiles, as well as those of friends and family on their contact list,” the BoG explained.

The Central Bank further urged persons who receive suspicious messages from the fraudulent scheme to delete such messages and avoid clicking on their hyperlink or sharing it with others.

“Remove any member (s) on social media platforms from whom such messages are received as their accounts may have been compromised,” it added.

The BoG called on the public to only do business with financial institutions it has duly licensed and cross-check with the Bank to verify if any such suspicious scheme is duly registered.

Read the statement below: 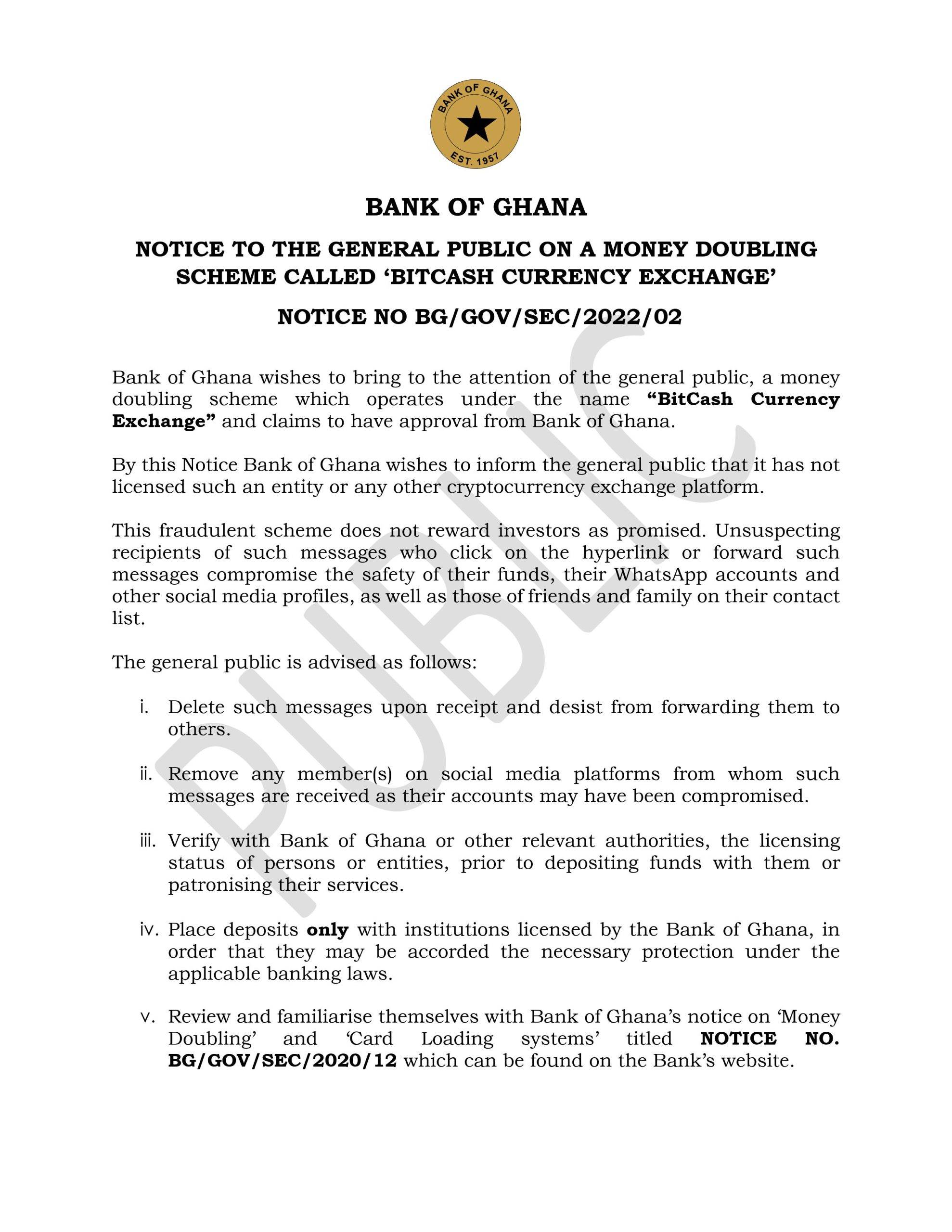 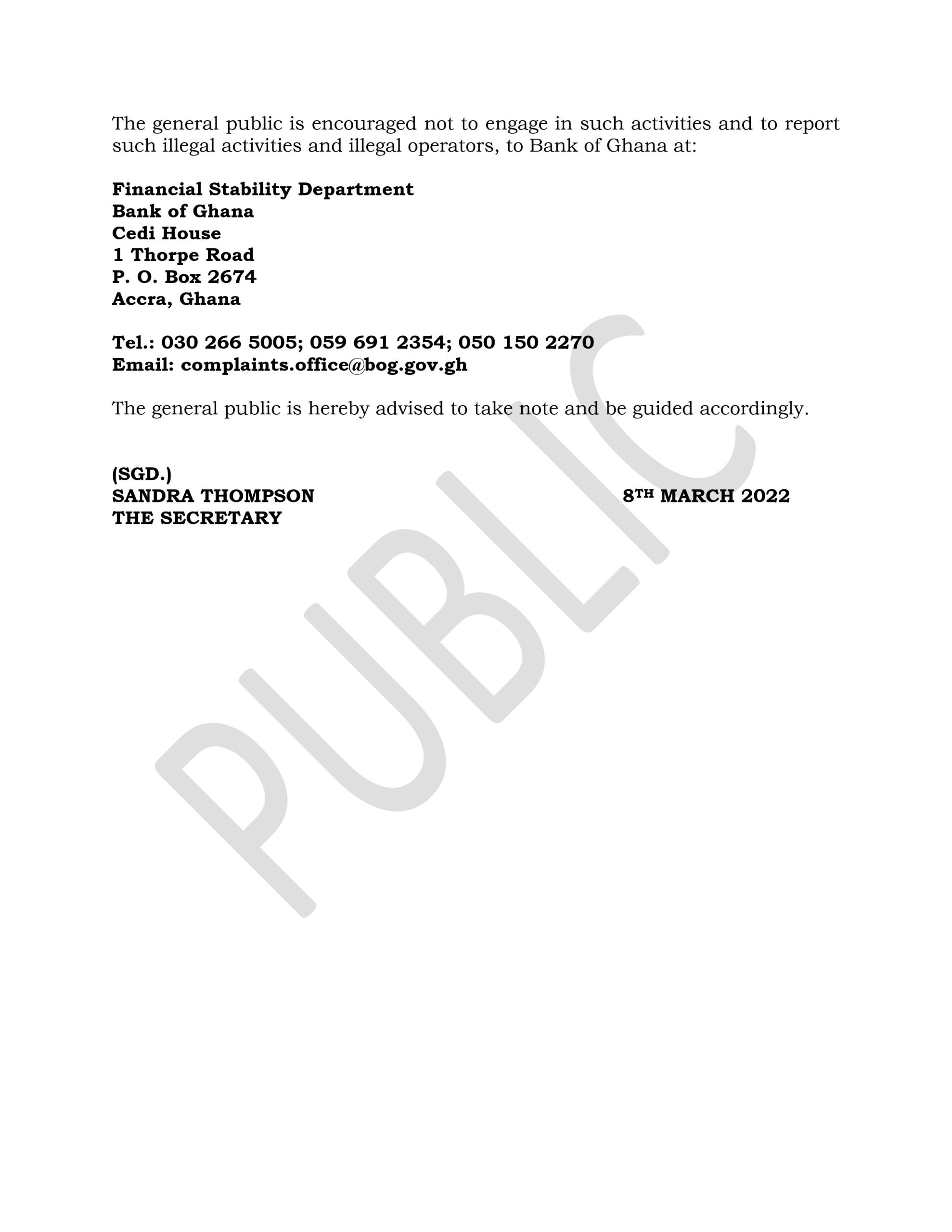 Over 1,300 apply for 216 MMDCE vacancies nationwide

FDA has not approved hydrogen peroxide as Covid-19 treatment – GMA