Diego Maradona has been laid to rest after thousands of fans lined the streets of Buenos Aires to pay their respects as his coffin was driven to the cemetery on Thursday.

The 1986 World Cup winner was taken to the Bella Vista cemetery on the outskirts of the capital – where his parents are buried – for a private ceremony attended by family and close friends.

Maradona died of a heart attack aged 60 on Wednesday just two weeks after being discharged from hospital for a bleed on his brain.

Thousands of fans packed the streets around the presidential palace where Maradona lay in state on Thursday and thousands more lined the highways in the afternoon to catch a glimpse of his hearse as it rolled past surrounded by police vehicles.

Maradona’s daughters Dalma, 33, and Giannina, 31, by his first wife and childhood sweetheart Claudia Villafane, were seen wiping tears from their eyes as they left for the funeral.

It comes after passions boiled over outside the palace when a mile-long column of fans arrived to pay their respects to the Argentinian hero but were blocked off by riot police.

Due to the sheer numbers many were unable to throw their football jerseys and flowers by Maradona’s coffin and so they scrapped ferociously with heavily-armoured police as if attending a football derby.

‘He was someone who touched the sky with his hands but never took his feet off the ground,’ the president said. 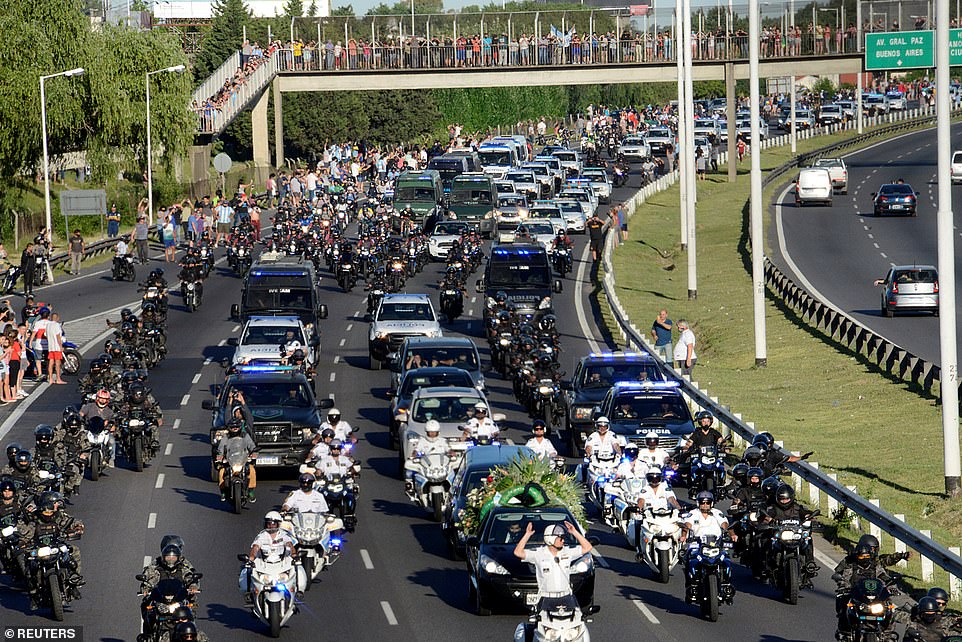 The hearse carrying the casket of soccer legend Diego Maradona drives to the cemetery in Buenos Aires, Argentina, November 26, 2020 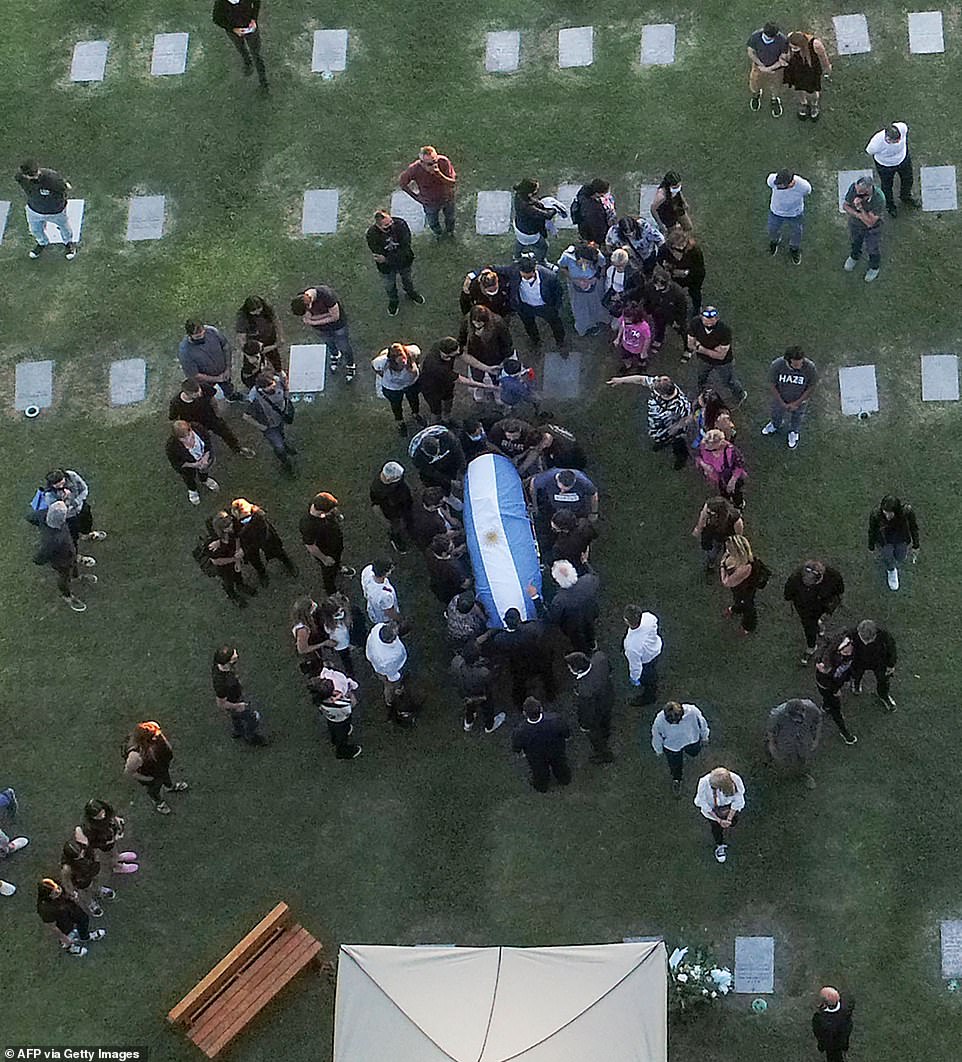 GHS, GTA to rollout modalities for reopening of cinemas – Akufo-Addo