V/R: We trust Mahama to pay us – Association of Assembly members

The Association of Progressive Assembly members and former Assembly members in the Volta region have declared their support for the flagbearer of the opposition National Democratic Congress (NDC) John Dramani Mahama ahead of the December 2020 polls.

The group, numbering over 500 members made the declaration at a press conference held in the regional capital of Ho on Wednesday, noting that the former President’s promise to pay them should he win the 2020 general elections is laudable and welcomed.

Speaking on behalf of the group, the Assemblymember for the Loboli electoral area, Martha Gato-Lagble noted that the former President is trustworthy and capable of delivering on the promise.

She said, “It is our view that this promise, although long in coming, is a laudable one that must be adopted by any political party. When carried through, the promise will go a long way to push the frontiers of Ghana’s local government architecture; knowing how crucial the role of assembly members has been.”

According to her, the role of Assemblymember remains indispensable to the Ghanaian society and deserving of remuneration.

“The assembly member is the taxi driver, the moneylender, the sanitation officer, the judge, the lawyer, the dispute resolution expert among others in most communities,” she said. 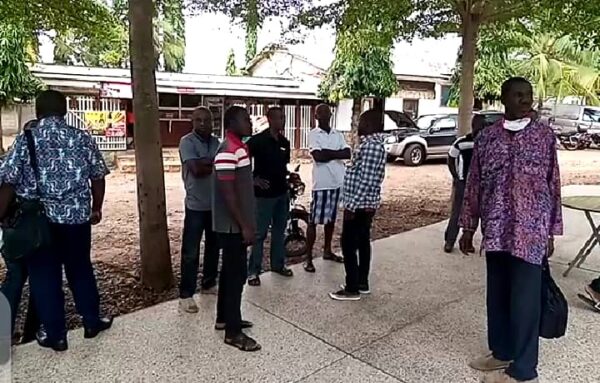 The group noted that it is rather appalled by reactions from members of government including the majority leader of Parliament, Hon. Osei Kyei-Mensah Bonsu regarding the matter; while stating that his position is selfish and must be disregarded.

“It is on the back of the various roles played by the assembly member that it is appalled by the rather unfortunate comment of the majority leader Honourable Osei Kyei-Mensa-Bonsu and Minister for local government and Rural Development Hajia Alima Mahama when the promise was made. To put it mildly, their position smacks of selfishness, the era where assembly members work as sacrificial service renders should not remain with us, it should be in the dustbin of history,” she stated.

She added further that,”This innovative idea, aside from empowering and motivating assembly members to work more effectively, will also serve as a bait for hesitant but more qualified personalities with varied backgrounds to participate in the local governance system to inject more efficiency and effectiveness into how MMDAs are run.

It is even more refreshing the assignment of an additional role to Assembly Members to collect birth and death information in the event that His Excellency John Mahama wins the upcoming elections.”