According to the Founder of the opposition National Democratic Congress (NDC), the late president  “lived by his solid principles and values”.

“Your father was a good man and it is very important that you support the work Koku Anyidoho is doing to keep your father’s legacy alive because it will be in your own interest to do so and not allow yourself to be off-tracked, ” President Rawlings said.

He made these known when he granted audience to the Atta-Mills Institute (AMI), led by its Founder and CEO, Samuel Koku Anyidoho.

The AMI Team, which included, Kofi Atta-Mills (son of the late President John Evans Atta-Mills), and Andy Kankam, Chief of Staff of the AMI, visited the former President to thank him for participating in the First Anniversary wreath-laying ceremony of the Institute, which took place at the Asomdwee Park on, July 24, 2020. 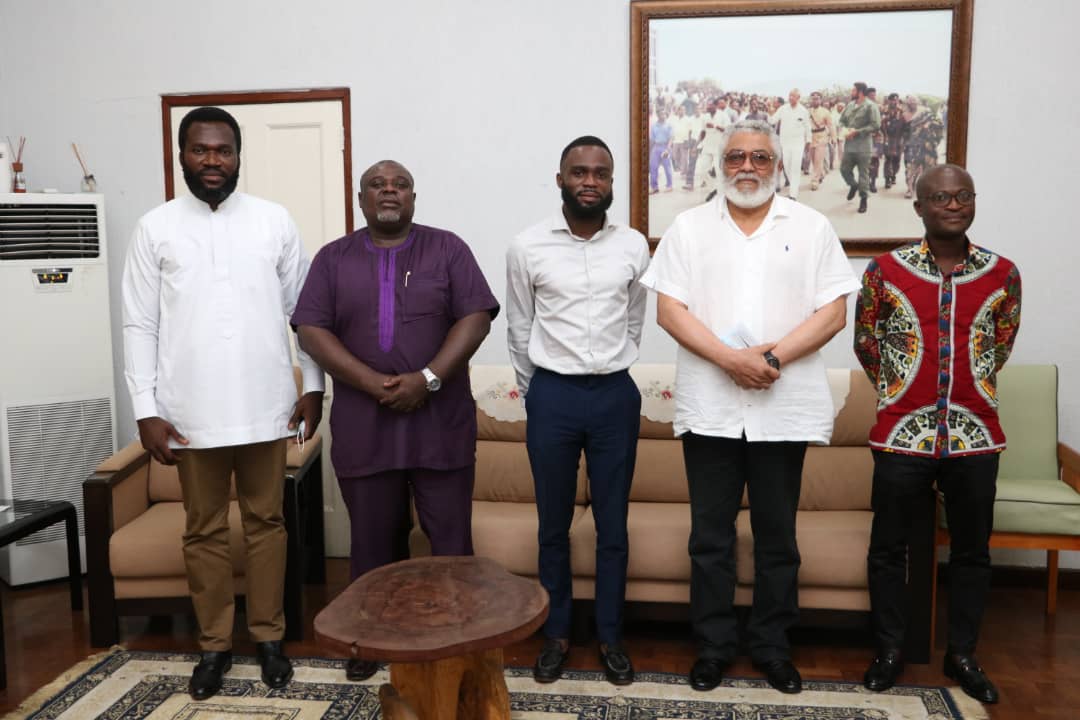 Kofi Atta-Mills thanked President Rawlings for giving his late father the unique opportunity to serve in the very high office of Vice President as well as the highest office as President of the Republic of Ghana.

“I am grateful to you Sir, for the opportunity you gave to my father and I am proud of what he was able to achieve for himself and the country,” Kofi said.

The former President also advised Kofi Atta-Mills to support the work of the Atta-Mills Institute to keep the strong legacy of his father alive.

President Rawlings spoke about his up-coming book, and said lots of erroneous impressions shall be unmasked in the Book.

The Atta-Mills Institute has been established as an a-political Civic Education and Public Policy Advocacy Think-Tank meant to champion the cause of Mindset Transformation for nation-building.